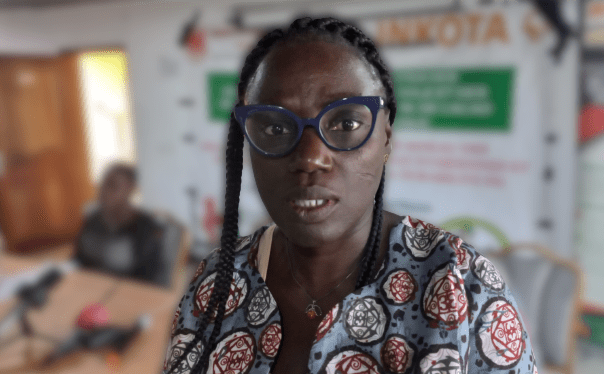 Some Ghanaian cocoa farmers are asking for a review of the COCOBOD Law to allow them unhindered participation in the country’s emerging cocoa value addition space.

They anticipate that a review of Ghana’s cocoa sector governing law will benefit indigenous investors, as well as encourage cocoa farmers and their cooperatives to venture into the business of cocoa value addition for better incomes.

Leticia Yankey, a cocoa farmer in Ghana’s Central Region, in an exclusive interview with Cocoa Post observed that the current regulatory regime for the sector is hindering indigenous value addition prospects.

“The rules or regulations concerning the use of cocoa beans locally, hinder the ability of those who have the flair or love to produce chocolate,” Yankey said.

“Artisanal or local processors cannot buy cocoa beans directly from a farmer but have to go through a whole lot of processes before acquiring beans to process. [This] is also serving as a hindrance,” she emphasised.

She cited Ecuador, Grenada and Jamaica as examples of how cocoa farmers in other cocoa-producing countries are making a fortune by manufacturing tree-to-bar chocolates and cocoa products with their own beans, which they sell at premium prices on the international market.

Ghana is the world’s second-largest cocoa producer and together with the market leader, Cote d’Ivoire, they export their produce without adding value.

The global cocoa and chocolate industry is estimated to be worth US$130 billion per annum, but Ghana earns a paltry US$3 billion from the sale of raw cocoa beans.

Yankey, who is also the Founder and President of Cocoa Mmaa, an association of female cocoa farmers, said due to the existing regulatory regime cocoa farmer cooperatives are losing out on the opportunity to improve the incomes of farmers through value addition to their own cocoa beans.

The cocoa sector governing law proscribes the farmers’ utilisation of their own cocoa beans or its sale to any entity other than the Ghana Cocoa Board.

Per Section 4(7) of Cocobod’s operating law, “…no person shall sell cocoa other than to the Board or the Board’s wholly-owned subsidiary buying company or any other person authorised in writing by the Board so to do.”

By this, the country’s cocoa farmers, mainly smallholders, are enjoined to sell their produce to only Ghana Cocoa Board or its agents, the Licensed Buying Companies (LBCs).

The Ghana Cocoa Board Law 1984 (PNDL 81) prescribes very stiff punishment for cocoa farmers who may infringe on this provision.

“Any person who contravenes any of the provisions of this section is guilty of an offence and shall, on summary conviction, be liable to imprisonment for a term of not less than five years and not exceeding ten years, without the option of a fine,” according to Section 4(9) of the Law.

Issifu Issaka, a cocoa farmer and Chief Executive Officer of Sefwi Bekwai Cocoa Farmers Association supported the idea, insisting “if Cocobod opens up, you will see that cooperatives will attract support from funding organisations to set up factories to process their own cocoa beans into finished products.”

“We have engaged with so many companies that want to partner with farmer-based organisations to set up factories so that we can process our cocoa into finished products here in Ghana. But because the law doesn’t allow that they are using their money for something else,” he regretted.

Issaka is convinced that reviewing the Cocobod Law will open up a tonne of new opportunities for cocoa farmers and the national economy.

“I think this will create employment, increase the income of the cocoa farmers, and there will be other wealth creation benefits,” Issaka stated.

He added, “I think Cocobod has to be open, in terms of the law, so that they will permit us to use our own beans for finished products.”

The Cocobod regulation has for decades suppressed the emergence of a local processing and value addition industry, despite its mandate in Section 2(i) of the Law “to establish or encourage the establishment of industrial processing factories for the processing of cocoa and cocoa waste into marketable cocoa products.”

The government’s rhetoric to halve the export of raw cocoa beans in favour of local processing has yet to see corresponding policies to woo local investors and entrepreneurs.

Beyond the prohibitive minimum purchase quantity and bureaucracy, CMC entreats Ghanaian business persons desirous of entering the cocoa processing and value addition space to procure and “provide evidence of their membership of the Federation of Cocoa Commerce(FCC), London, and or the Cocoa Merchants Association of America (CMAA), New York, even if they are members of other cocoa associations.”

Yet still, there is a growing interest in small-scale artisanal cocoa value addition by local entrepreneurs.

A hand full of startups, driven purely by the passion of contributing to adding value to one of Ghana’s most abundant raw materials – cocoa beans – have decided to swim against the tide irrespective of the perils.

Here, too, they are encumbered with a litany of levies, charges and taxes, giving the shelf price of their finished products no chance against the cheap imported competition.

The president of Cocoa Mmaa is of the opinion that Ghana Cocoa Board must make it a deliberate policy to support and resource players in the country’s burgeoning artisanal cocoa value addition industry.

“These days I have seen that a lot of people are trying to make bean-to-bar (artisanal) chocolate, I think Cocobod should support it,” Yankey noted.

She recommended, “They should resource the artisanal chocolatiers to manufacture spreads, chocolate, chocolate drinks etc so that we encourage ourselves to consume our locally-produced cocoa products, and I think it will also go a long way.”

The cocoa grower is positive that there exists a huge domestic market potential for the consumption of cocoa products that needs to be nurtured with affordable and accessible locally-made products.

“In Ghana, we consume a lot of chocolate. If somebody says that we don’t consume chocolate, it’s a lie. Just look at Valentine’s day every year, there is always a shortage of chocolates,” she asserted.