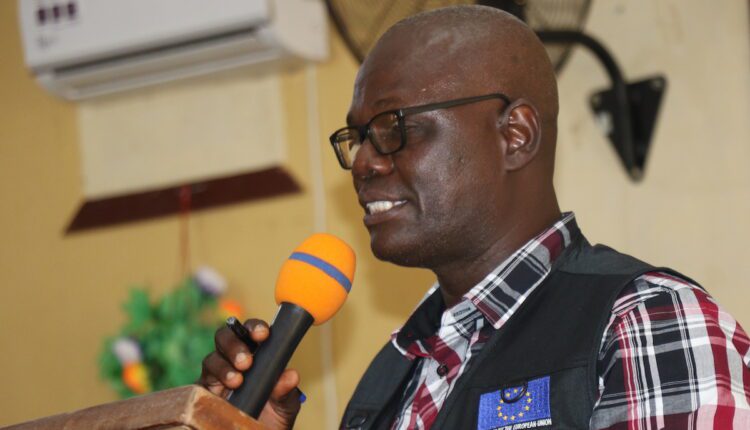 Solidaridad West Africa and the European Union Delegation in Liberia have teamed up on a new initiative to increase incomes and improve livelihoods in the Liberia cocoa value chain.

The intervention dubbed the Cocoa Value Chain Development Programme (COVADEP), designed to run for four years, also aims to boost the resilience and competitiveness of the cocoa sector in the West African country.

Development of the Liberia cocoa sector is still in the nascent stage with about 40,000 smallholder farmers producing around 10,000 metric tonnes yearly, representing 0.2% of the global supply.

In spite of the size, the sector is very key as it offers incomes, livelihood and food security to thousands of Liberians.

Unlike their West African counterparts in Ghana and Ivory Coast, cocoa farmers in Liberia are decades behind in production skills, good agronomic practices, post-harvest handling, storage, marketing and market access.

In response to market demands, Liberian cocoa farmers have over the past few years been teaming up into cooperatives to access opportunities in addressing quality and sustainability concerns, while seeking markets and favourable prices for their produce.

It is in this regard that the COVADEP programme launched in April this year in Zwedru City in the Grand Gedeh County, Liberia, is seen as opportune in revamping the cocoa value chain.

The programme is hoped to complement the gains made by Solidaridad’s EU funded Liberia Cocoa Sector Improvement Programme (LICSIP), which ends in December 2021.

As part of COVADEP, 10 Centres for Cocoa Development (CCDs) in Liberia’s Grand Gedeh and River Gee counties are being established.

Commenting on the programme, the Superintendent of Grand Gedeh county, Kai G. Farley, expressed profuse gratitude to the European Union Delegation in Liberia and partners for the intervention to support cocoa farmers.

“On behalf of the people of Grand Gedeh and River Gee, we are grateful for your decision to support struggling farmers who have direly needed such an intervention”, Kai G. Farley, superintendent of Grand Gedeh county.

Farley was hopeful the programme will help farmers can now learn all they need to know about cocoa without incurring extra costs of travelling and paying for knowledge and skills.

He was excited the programme will serve as a one-stop-shop for farm inputs and management services, pledging the government’s support in its successful implementation.

“The European Union has a keen interest in investing in Liberia’s cocoa sector because we believe it has the potential to be one of several success stories for Liberia’s development. An integrated approach across the cocoa value chain would go a long way in achieving this,” said Geertrui Louwagie, the cooperation officer for Agricultural Development and Food Security, at the European Union Liberia office.

Louwagie regretted the timeline for the implementation COVADEP had been disrupted by Covid-19 pandemic disrupted the programme activities at its onset, commending a collaboration between Solidaridad and the Ministry of Agriculture which helped in reaching beneficiary communities safely.

Liberia country representative for Solidaridad, Michael Doe, noted cocoa accounts for 12 percent of the employment force in Liberia, yet the lack of access to improved planting materials and skills continues to drive farmers away from cocoa production.

“Solidaridad will continue to develop systems for the supply of improved planting materials and train community facilitators to build the capacity of other farmers in their communities to address these impediments,” he said.

Doe applauded the European Union Delegation for continuing to partner with Solidaridad to deliver the much-needed support to smallholder farmers.

According to Solidaridad, the programme will place special emphasis on supporting more women and youth as entrepreneurs through incubation centres.

It also intends to promote cocoa value addition and certification through market engagement with international cocoa off-takers to enhance revenue generation for the Liberian economy.