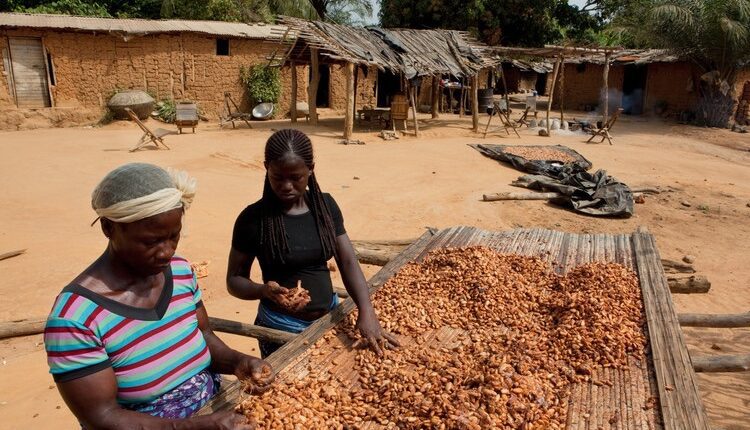 The Ghana Agricultural and Rural Development Journalists Association (GARDJA) has at the launch of its new cocoa advocacy initiative trumpeted the urgent need for the Ghana Cocoa Board to with immediate effect operationalise a welfare fund to support cocoa farmers.

National president of GARDJA, Richmond Frimpong, noted the welfare fund concept as enshrined in the Ghana Cocoa Board law was meant to among others cushion cocoa farmers against financial hardships.

“The law is also emphatic that “the board shall establish a fund to be known as Farmers’ Welfare Fund which will be funded with 10% of COCOBOD’s net profit every year to be used to among others, develop farming communities and provide welfare loans to farmers”, Mr Frimpong highlighted.

He regretted the absence of the fund had made farmers poorer as well as denied cocoa-growing communities of very pertinent social amenities to improve their lives.

The president of GARDJA recounted how poverty had made cocoa farmers easy prey for loan sharks who take advantage of their vulnerability to sell them credit at cut-throat interest rates, often more than 100%, worsening their plight.

He appealed to the Ghana Cocoa sector regulator, COCOBOD, to in the interest of cocoa farmers urgently consider the immediate establishment of the welfare fund to ease their suffering.

Mr Frimpong also encouraged the implementation of the cocoa farmers’ pension scheme, regretting 36years after the promulgation of the Ghana Cocoa Board Law the scheme had not seen the light of day.

“For example, the Ghana Cocoa Board Law, 1984 (PNDC Law 81) section 26 and 27 states that “the Board shall within one year after the coming into force of this law establish a contributory insurance scheme for cocoa, coffee and sheanuts farmers within the framework of the Social Security Scheme.”

Ghana’s is the second-largest producer of cocoa beans in the world, after Ivory Coast. Over 800,000 farming families account for the country’s globally celebrated quality cocoa produce.

Cocoa generates about $2 billion dollars annually into the economy of the West African nation and a major contributor to its gross domestic product (GDP).

However, cocoa farmers remain poorer for their contribution constantly having to grapple with a low farmgate price for their produce, high labour cost, lack of access to farm input, cheating by cocoa buyers, climate change, among others.

The launch of GARDJA’s cocoa advocacy initiative supported by SEND Ghana, a non-governmental organisation, that works with cocoa farmers and cooperatives in addressing key issues affecting them, sought to draw the attention of news editors to the issues.

SEND Ghana project officer, Sandra Sarkwah, underscored the urgency for consistent advocacy on the challenges confronting cocoa growers and entreated the media to mainstream the cocoa sector in the national agenda.

The president of the Ghana Journalists Association, Roland Affail Monney, commended GARDJA’s cocoa advocacy initiative and urged journalists to build capacity to specialise in reportage on cocoa to bring depth and crucial attention in ensuring the sustainability of the sector.

Mr Kojo Hayford, the editor of Cocoa Post, a specialised news platform for the cocoa and chocolate industry, endorsed the need to highlight the challenges of cocoa farmers explaining giving a voice to cocoa is the cardinal pillar for the establishment of the Cocoa Post.

He believed, “the cocoa advocacy initiative must be guided by the national interest to engender a holistic improvement at the various stages of the cocoa value chain for the benefit of players and the economy in general.”