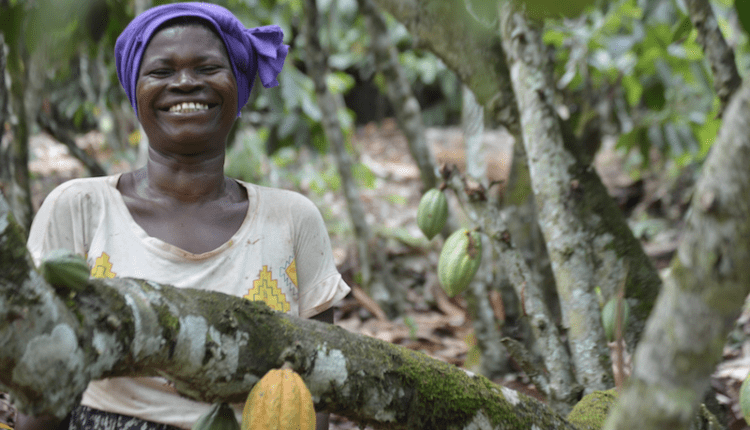 Ghana has exceeded the 1 million tonnes mark in cocoa production for the first time since the 2010/11 crop season.

Sources say the world’s no.2 top producer has recorded one million and thirty thousand tonnes (1,030,000MT) with 10 weeks to spare in the 2020/21 crop year, The Finder newspaper reported.

Neither the Ghanaian government nor the industry regulator COCOBOD has commented on the record-breaking achievement.

Ten years ago the West African country aided by favourable weather, good agronomic practices and remunerative producer price hit the 1-million-mark (1,024,000MT) for the first time after over a century in production.

The Finder’s report stated that data on grading of beans by Quality Control Company, a division of sector regulator COCOBOD, indicated that with just two weeks to go in the light crop season, the board has recorded over one million metric tonnes.

With the season yet to end, the figure is expected to be even higher by the time it closes in September 2021.

Since 2017, the Ghana Cocoa Board and its divisions have embarked on an aggressive campaign to improve the country’s cocoa yield currently averaging 400kg per hectare.

The ground-breaking feat has been largely attributed to the PEP interventions pursued by COCOBOD.

Coupled with the PEPs is the introduction of the $400 per tonne Living Income Differential incentive for cocoa farmers.

In spite of the gains, Ghana is still battling a major infestation of its cocoa farms by the Swollen Shoot Disease (CSSVD) and the destruction of productive farms by illegal mining activities, which occasioned a threat of a ban on the country’s cocoa by the European Union (EU).

Eighty percent (80%) of Ghana’s annual cocoa production is exported to the EU.

3 Ghanaians Among 50 Shortlisted In Cocoa of Excellence 2021