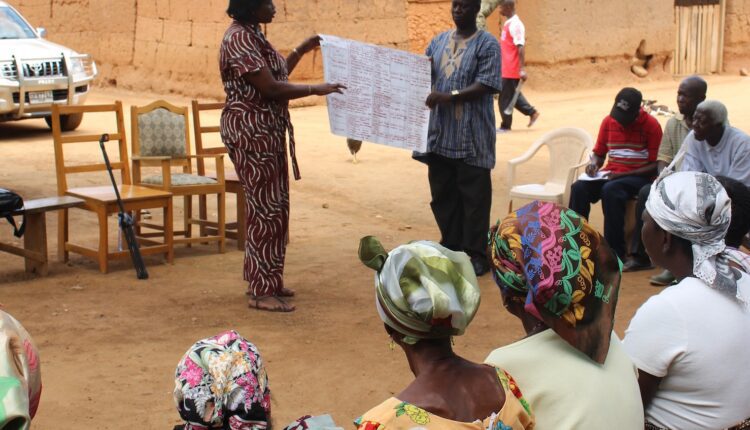 Cocoa farmers in Ghana will, beginning 1st October 2020, be enrolled on a contributory insurance or pension scheme as stipulated by the law.

Section 26 of the Ghana Cocoa Board Law, 1984 (PNDCL 81) enjoined the cocoa regulatory body to establish the insurance scheme for cocoa, coffee and sheanut farmers within one year of the law coming into force.

But the scheme is only just about seeing the light of day 36 years after the promulgation of the COCOCBOD law.

The Chief Executive of Ghana Cocoa Board (COCOBOD), Mr Joseph Boahen Aidoo, during an interview on an Accra-based radio station, Asaase FM, on Tuesday 10th September disclosed the Government is due to officially announce the commencement of the long-awaited Cocoa farmers’ pension scheme at the start of the 2020/21 cocoa season.

He said that all necessary arrangements have been done including constituting a board of trustees to administer the scheme.

According to the COCOBOD law, the cocoa farmers’ pension scheme must be fashioned within the framework of the Social Security Scheme, which is currently governed by the National Pensions Act 766.

The Scheme is expected to have two tiers – the mandatory to be contributed by the regulator as per law and a voluntary top-up option for the cocoa farmer.

In a 2018 presentation to the International Cocoa Organisation (ICCO), COCOBOD’s former director for research, monitoring and evaluation, Vincent Okyere Akomeah, indicated the Cocoa Farmers’ Pension Scheme will be a Group Personal Pension Scheme.

The contributions component by the farmer, he explained, will be deducted at the point of sales and which record shall be captured on the farmer’s biometric ID tied to the farmer database.

Anticipated benefits to the cocoa farmer are to include lump sum payments upon attaining the retirement age, monthly pension as well as total disability benefits, with additional benefits to the next of kin upon a member’s demise.

Best practice from already established private cocoa farmer pension schemes like Cocoa Abrabopa and Nyonkopa are hinted to have shaped the soon to be implemented national scheme.

The cocoa farmers’ pension scheme is required to run on COCOBOD’s Cocoa Management System backbone, which boasts of a reliable farmer database and equipped with an electronic payment system.

With this, pensioners are hoped to be spared the ordeal of travelling long distances to access the benefits as paypoints are to be established in communities to facilitate safe access.

The fund, to be financed with 10 percent of COCOBOD’s annual profit, is targeted at development projects and provision of other benefits to cocoa, coffee and sheanut producing communities.

It remains to be seen how soon this aspect of the COCOBOD law inuring to the benefit of the cocoa farmer will be implemented.

Last month, the Ghana Agricultural and Rural Development Journalists Association (GARDJA) took the first step of a campaign it promises will exert pressure on the regulator to make good the welfare fund provision in the law.

Hopes are that it doesn’t take another 3 and half decades before the country’s over 800,000 cocoa farming families receive the full complement of what’s due them.

The toil of cocoa farmers generates about $2 billion in foreign exchange annually and is a major contributor to Government Revenue and GDP.

5 Health Benefits Of Cocoa I Wish I Knew Years Back