5 Health Benefits Of Cocoa I Wish I Knew Years Back

Cocoa is one of many unique and common food items that are highly demanded in our present world.

Extracted from Theobroma Cacao, the cocoa seeds and butter are used for many purposes with demands increasingly intriguing.

Not everyone can resist the pleasurable nuances of the chocolate, that nibble that overly transforms into a world of no return.

We all appreciate those great moments spent with our family and circles of friends consuming a portion of the golden chocolate with all joy.

Everyone knows and bears witness that cocoa has accomplished a great feat by supplying us with such a priceless aroma and uniqueness that words of mouth can express endlessly.

But, is that all there’s to say or know about the cocoa beans?

If all you recognize about this incredible product is confined to the handiest chocolate, then I’m afraid you might be lacking so much.

Additionally, there are lots of health benefits attached to using cocoa that are yet to be uncovered by many.

Cocoa products contain many healthy compounds whose consumption has great potential for improving some parts of the human body and for other medical purposes.

Read on as we open up this truth, you’ll be completely blown away when you discover them.

This is majorly due to the fact cocoa incorporates a huge quantity of a compound called “flavonoids”.

Flavonoids are antioxidants that are produced by plants. They are also present in other items such as tea, red wine, blueberry, apples, and others.

It has been shown over the years to be helpful for improving thinking ability, lowering blood pressure, improving blood flow to the brain and heart, and soul, and fighting cell damage.

News in England illustrated these claims showing us that middle-aged and the elderly who eat up to 3.5 ounces of chocolate per day appear to have a minimal rate of heart disease.

Dark chocolates are found to be rich in flavanols which stabilizes blood pressure by the widening of vessels caused by nitric oxide.

To prove this point, a study was conducted in November 2016 on 1804 healthy adults between two and 12 weeks, with only one of 18 weeks. During this period, participants were provided with 30 to 1218mg of flavonoid in 1.4 to 105 grams of cocoa daily.

At the end of the study, participants with good health conditions subjected to short terms were found to have lower blood pressure which was a result of flavanols in the cocoa products supplied to them.

Obviously, we can see the effect of cocoa on health conditions.

Enriches Brain Functions And Stimulates Blood Flow To The Brain

Cocoa contains a quality amount of polyphenols which promotes blood flow to the brain and enhances the brain functions.

When flavanols come across a barrier in the brain and are involved in biochemical pathways, neurons, and other important molecules for the functions of the brain are produced.

According to a 2012 study published in the New England Journal, it was discovered that countries where chocolates are consumed most have the highest Nobel Prize recipients.

This is amazingly true, even till this present day. We see countries such as the U.S, U.K, and Germany, who are large consumers of chocolates listed among the top for the Nobel Prize Awards.

Reduces The Cholesterol Level In The Body

A study in the Journal Of The American Heart Association confirmed this simple truth by indicating that unsweetened cocoa, raw almond, and dark chocolate when combined together caused a significant reduction in the number of Low-density lipoproteins (LDL) in the blood of people suffering from obesity.

Dark chocolate contains a higher amount of cocoa compared to other forms of chocolate, and therefore, has a considerable amount of flavonoids that can serve as protection against heart diseases.

Eating dark chocolate also decreases the amount of LDL and total cholesterol in the body.

This, however, does not sponsor the habit of taking chocolate daily, as this can result in another medical deformity, it should only be taken as part of the healthy balanced diet.

As said earlier, cocoa is enriched with polyphenols and thus is capable of curtailing LDL while increasing the number of HDL (High-density Lipoprotein).

A study in 2012 published in the journal diabetic medicine shows eating dark chocolate is effective at increasing HDL in Type 2 Diabetic patients.

Results indicated the half with chocolate rich in polyphenols and cocoa to have an increase in HDL while the others with chocolates rich in cocoa showed no improvement.

Cocoa possesses an increasing amount of health benefits that may not be cited in this post, so make sure to dig down for more. 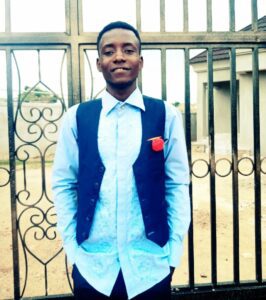