Is Fairtrade A Certification Organisation Or A “Fair Trade” Advocate?

A response to Fairtrade Africa’s Rejoinder to my article “Is Fairtrade Fair to Cocoa Farmers?" 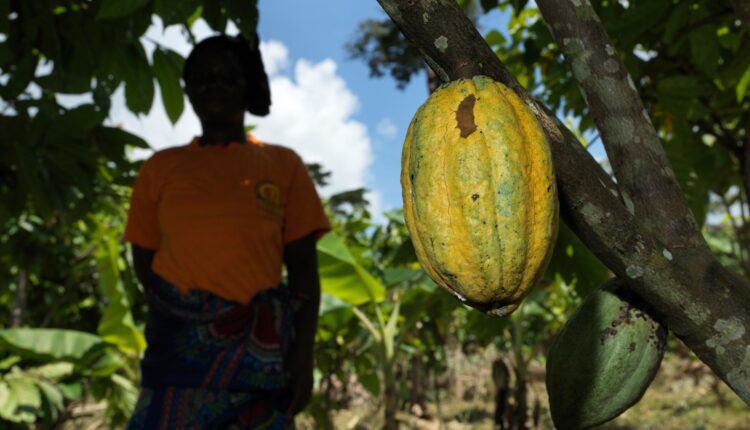 So, on the 6th of July 2020 and on the 29th of March 2021, I published an article titled “Is Fairtrade Fair to Cocoa Farmers?” in The Cocoa Post, Ghana Talks Business and Business and Financial Times.

Fairtrade Africa did the dutiful, by issuing a rejoinder to my article via The Cocoa Post and The Business and Financial Times, to clarify what they felt were “factual inaccuracies” in my article.

I have read critically, Fairtrade Africa’s rejoinder to my article. To my disappointment, they failed to address almost all the issues I raised and the “factual Inaccuracies” they claim to have identified but rather did a good job by diverting from the questions that required answering to publish a PR rejoinder.

To bring us back to the core issues which require answering, below are the arguments I raised (in bullets) and my analysis of how Fairtrade’s rejoinder attempted to address them.

“Fairtrade should furnish the public with data on farmers’ cost of production before they joined the Fairtrade certification.

This is necessary based on, Fairtrade’s assertion in their rejoinder, that they have helped farmers reduce their cost of production.

They (Fairtrade) should also provide the public with data on the cost of production since the farmers joined (i.e., from inception till date) so that we can evaluate the year-on-year reduction of production cost and exactly what Fairtrade did that led to that.

I am asking for this data so that it can help us know the basis for which Fairtrade came into being (if it was indeed for a fairer trade) and whether it has achieved its aim since its 30 years of existence.

Fairtrade in their rejoinder agreed with me that they charge Cocoa Farmers’ Cooperatives that join the Fairtrade certification.

They however said, instead of the figures I stated, they rather charge a one-time membership fee of US$500, an annual subscription fee of US$250, Audit fees (they didn’t state the amount).

My question to Fairtrade is, have you not charged farmer cooperatives the amounts I have stated before and that the figures you are stating now are indeed your current charges?

It is important that as you try to claim you charge differently, you make it clear whether the figures which by the way I quoted from the work KPMG did and reported in 2012, is true or not and that you realized it was not fair, hence reducing the amount?

Were you or are you charging other Fairtrade farmers (for different crops) this amount which you can claim aren’t cocoa farmers’, hence misrepresenting the figures?

You also asserted that you don’t charge Follow-up audit fees and 0.45% of retention Freight on Board Prices of cocoa beans sold but this information was on your website in 2011 which by the way has been pulled down ( So, can you clarify if you have never charged this or you just stopped when you realized it wasn’t fair to the Fairtrade farmers you were to help?

In actual fact, Ghana cocoa attracts a premium for its exceptional quality before Fairtrade’s came into being.

So, my question to Fairtrade is, did the value chain actors argue that the reason why they ascribe low value to cocoa beans was due to farmers using forced labour hence Fairtrade now auditing cocoa farmers (at a cost) to ensure they don’t use forced labour?

In that case, are you working for Cocoa farmers (to secure a Fairer trade) or Capitalist firms who just want to transfer their customers/consumers’ demands to Cocoa Farmers?

Again, for clarity, which aspect of the Fairtrade mission (be it produce certification or product label) is the driver of the fees you charge the poor Cocoa farmers through their cooperatives?

Not making this data publicly available as a charity, on grounds of transparency, I believe,  is questionable. Your attempt to discredit the age of the research data in the article did not necessarily do justice to the substantive issue raised.

Thus, you missed a golden opportunity to prove the Fairtrade scheme is not just ripping off cocoa farmers and making them worse. You can’t invalidate a fact-based on its age when you don’t have public records of the current situation that counters the former.

Fairtrade said in their rejoinder that, they embark on a wider consultation and considers farmers’ cost of production when reviewing their minimum price and Fairtrade premium.

I started from 1992 because that is when Fairtrade was established. Imagine how these inflationary figures have continuously affected the disposable income of these farmers, the cost of the inputs they purchase, the livelihoods of their families and the money they have to contribute to their cooperatives to pay Fairtrade to fulfil their clients’ (Chocolate firms) consumer requirement (Fairtrade’s certification standards).

In contrast, Fairtrade has become a label that processing and chocolate firms exploit to meet the demands of their “ethical consumers”, whom according to (Enax, et al., 2015) are willing to pay 30% more for a product with the Fairtrade Logo.

I Imagine this, how can Fairtrade assume that their year-on-year retention of the Fairtrade price floor for cocoa at US$2,000 for over 25 years, was sufficient enough as a “Fair” trade deal for cocoa-producing countries?

Again, I used cocoa–producing countries, not cocoa farmers because Cocoa Farmers in Ghana has been receiving a maximum of 70% of the world market price for cocoa until the Presidents of Ghana and Ivory Coast boldly forced the implementations of the Living Income Differential (LID) of $400 per tonne on their cocoa beans.

Ghana uses the remaining 30% of the world market price to provide the relevant services for farmers, which has made us the best producer of premium quality cocoa beans.

Again, Ghana has agreed to add the entire $400 LID to the Producer price for 2020/21 crop year, resulting in a historic 28% increase in farmgate price) for the benefit of all Cocoa Farmers in Ghana.

Need I add that these farmers did not have to part with any extra subscription fee to receive what is duly theirs.

So, can Fairtrade state the “facts” on their year-on-year review of its minimum price and premium price as they highlighted they do with our farmers?

Fairtrade in their rejoinder refused to respond to the distribution of the premium as highlighted. The question is, does Fairtrade give all $200 /MT (now $240) Fairtrade Premium to the cocoa farmer through the Cooperatives?

Does Fairtrade share this premium with the cocoa farmers and are Fairtrade consumers aware of this?

If Fairtrade really care about the individual cocoa farmer, whose poor livelihood necessitated their establishment, then can they prove to us how they ensure that the cooperative doesn’t become another rent-seeking and power brokerage layer to indirectly create the impression that cocoa farmers are benefiting from “unity is strength”?

Also, there is another interesting connection between some assertions Fairtrade highlighted in their rejoinder.

This by implication means, if you want a higher premium, then create or join smaller cooperatives, not a bigger one. However, creating a cooperative to get better premium subjects you to the membership, subscription, audit fees Fairtrade charges.

So, in the end, the Fairtrade cocoa farmers lose woefully by joining larger cooperatives and Fairtrade benefits financial from the creation of a breath of smaller cooperatives.

Fairtrade didn’t provide any information on this. The most important question is how Fairtrade measures its impact as an organisation seeking to improve livelihoods.

When I checked on their website, as indicated in Figure 1, the first paragraph said, “Fairtrade International has developed a Monitoring and Evaluation Learning system”.

But check figure 2, which is on the same page says that “Fairtrade International is in the process of developing a Monitoring and Evaluation Learning system.

So, which is which? Over 30 years, Fairtrade International is now developing a system to measure impact? This leaves me with a question. What is Fairtrade’s mission?

How are Ghana and other African countries monitoring their activities to ensure “Good Intentions” doesn’t end up enslaving our farmers for the benefit of other actors?

Oh, could that be the reason for the rise in processing/manufacturing companies establishing their independent sustainability programmes like Cargill’s Cocoa promise, Mondelēz International’s Cocoa Life program, etc. so they can provide a better experience for farmers?

I cited a study done by the University of Bonn, which highlighted how consumers are more than willing to pay 30% more for a product with a Fairtrade label.

This can be argued that Fairtrade carries an estimated brand value of at least 30% of the price of any Final product with the Fairtrade Label.

So, can Fairtrade convince us what analysis it has done on the economic value Fairtrade has gained as a brand that every processor/manufacturer would like to associate with, and how that economic value is appropriately sent to the Cocoa farmers who worked for it rather than it being retained with processors/manufacturers if they agree that Fairtrade is the friend of the farmer and not an ally of processors and manufacturers?

And may I conclude by repeating for the elucidation of us, all consumers, that whatever service Fairtrade claims to offer cocoa farmers (i.e. fair wages and safe working conditions) those services are fully paid for in multiple fees charged on the farmers through their membership with cooperatives, while they also sign off the lion’s share of the promised premium to the scheme operators.