Why The EU Must Pursue Partnership Over Punishment To Tackle Deforestation 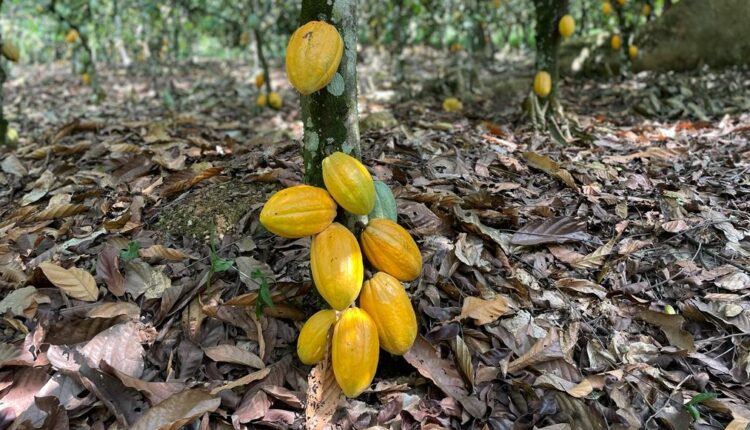 The European Commission in November 2021, tabled a proposed legislation before the EU parliament that will enforce regulation on certain imported products on its market deemed to be associated with deforestation and forest degradation. The European Union (EU) acknowledges its own contribution to adverse climate change through its consumption of commodities including cattle, wood, oil palm, soy, cocoa and coffee.

The Union’s effort thus to promulgate the regulation seeks to absolve itself of the guilt it bears for the aggravating rate of climate change and loss of biodiversity. It explains the objective for legislating this policy framework as aiming to minimise its consumption of products coming from so-called supply chains associated with deforestation or forest degradation, and instead increase its demand for and trade in legal and ‘deforestation free’ products.

It is irrefutable fact that a major driver of deforestation and forest degradation is attributable to human activity, particularly the expansion of agricultural land mainly for food production, hence remedial measures should target the same.

The stated intention behind the future regulation and the leadership the EU proposes to offer is commendable, as a concerted global climate action to save the planet cannot be perpetually postponed.

It is on this basis that we back in principle the initiative by the European Union to take practical action to tackle the challenge. However, we strongly disagree with the proposed legislation in its current form and the direction of the proposed solution on the following grounds:

Indeed, it sits within the right of the European Union to enact such laws and regulations as the bloc deems best to serve their interest and objectives. However, given that this regulation would have a far-reaching socio-economic impact abroad, particularly on smallholder farmers in the Global South, it is important to give consideration to a bilateral/multilateral phased approach for transitioning to sustainable agriculture and supply chains in the spirit of trade partnership, rather than the imposition of a unilateral law for tackling a global problem. The EU’s preference for a legally-binding measure, as stated in the proposal, must not discount the need to carry partners, especially so-called third countries, along in agreeing and implementing a comprehensive programme that works for all. The usual carrot-and-stick approach of using political systems to address purely technical issues must not apply in all circumstances.

Why not empower national institutions to carry out their enforcement mandate to ensure that standards are complied with? Why should it be actors in the supply chain, when associated breaches are beyond the control of these actors? Is it not a misplaced social contract, one that would have dire consequences on actors in the supply chain but fails to address the problem it seeks to ameliorate?

The European Union has a golden opportunity to retrace its steps and give true meaning to its quest to be recognised as a ‘credible global standard-setter.’ To this end, we add our voice to calls for the EU to engage Ghana and Cote d’Ivoire on their proposal for an Economic Pact on Sustainable Cocoa.

We observe with deep regret that the legislation makes no consideration for how smallholder cocoa farmers would be affected and the measures, thereof, to be taken to mitigate such effects. That is why we are of the opinion that a comprehensive impact assessment of the potential implications of the proposed due diligence requirements on smallholder farmers must be conducted and impact mitigation measures instituted ahead of entry into force of this legislation. We particularly take note of Article 32 of the draft legislation, which makes a recommendation for impact assessment of the Regulation on farmers, particularly smallholders, indigenous people and local communities (IPLCs) ‘no later than 5 years after the entry into force of the legislation.’ Without conducting an ex-ante evaluation prior to enforcement, we ask, what would serve as the baseline for the promised review, after half a decade of implementation. This position is clearly a case of putting the cart before the horse and indeed against natural justice and legislative best practices, unless the actual intent of the EU regulation is to deal a calculated assault on the livelihoods of farmers as well as attack a crucial pillar of the economies of producer countries like Ghana and Cote d’Ivoire, in the case of cocoa.

Furthermore, it is critical to note that the quest to use this approach to solve an SDG goal rather opens third-world countries up to a host of notable SGD challenges. The smallholder farmer becomes the most adversely impacted and everything around her unravels. This ultimately has a cascading effect on the economies of IPLCs and producer countries as a whole.

On the specific issue of due diligence requirements on commodities from suppliers, we believe the EU must be very clear on its specific expectations of smallholder farmers. The European Union must as a matter of importance commission a study on financial and other cost implications to smallholder farmers to satisfy the due diligence requirement and also indicate in a clear manner who bears that cost. It should not be lost on the EU that the over 5 million vulnerable smallholders that account for 90% of the world’s cocoa are trapped in unsustainable agricultural practices due to woefully low incomes emanating from unfair international market commodity prices. In this case, we believe that the imposition of additional financial burdens on poor cocoa growers to meet EU market access requirements will further dissipate farmers’ meagre incomes, already below the living income threshold. Such a development we fear will not only run parallel to the EU objectives but could also worsen the risk of extreme poverty, making it more difficult for farmers to provide for their families. This may also aggravate the current high cost of production, diminishing the farmer’s capacity to acquire appropriate labour, which situation may end up defeating concerted industry efforts to tackle the risk of illegal cheap labour, including child labour.

The cornerstone of the proposed EU Regulation is to ban or ‘prohibit the placing of the relevant commodities on the Union market’ should products not meet due diligence requirements as dictated. The Union is aware that sidestepping the appropriate process to prepare stakeholders for the implementation of the Regulation is bound to be fraught with massive adaptation challenges. As such, in the preamble of the proposed legislation, the EU foresees large-scale infraction of its unilateral Regulation, and a potential failure of same, and will therefore be banking on ‘international cooperation with major consumer countries, to minimise leakage and to promote the adoption of similar measures.”

In our view, any attempt at an import ban may compel producers to resort to other markets, while the problem of deforestation and forest degradation would remain unsolved. We are of the strong opinion yet another punitive measure like the proposed due diligence legislation, may at best succeed in worsening the problem it seeks to cure, rather than solve it. As a matter of fact, even prior to the promulgation of the Regulation, it has been reported widely the fast-spreading phenomenon of some disillusioned cocoa farmers selling off their farms to illegal gold miners, whereas others are cutting down cocoa and switching to other cash crops like cashew, rubber plantation.

It is important to note that in as much as the European Union touts its ‘advances’ on illegal logging with the implementation of Forest Law Enforcement, Governance and Trade (FLEGT) and its derivative Voluntary Partnership Agreements (VPA), it’s clear that the policy has failed at tackling deforestation in any form. A ban on illegal timber in the EU has not stopped in any way the rate of deforestation as a result of forestry activities. Again, countries that engaged in the VPA had to struggle with its implementation at the national level thereby developing their own national approaches; non-uniform playing field. The result was the adoption of other markets other than the EU for their products. How then is the EU considering the same or similar policy as a basis for a social contract to tackle deforestation as a result of agricultural land expansion? The greatest threats to deforestation and forest degradation lie in other land uses such as mining and urbanisation. Why doesn’t the EU take a critical look at that if it wants to purge its conscience of exploitation rather than adopt an inward-looking approach that creates more harm than good? Could there be any other ‘political objective’ other than that which has been proffered in the policy that is the main driver for this approach?

Again, the European Union professes a commitment to ‘work in partnership with producer countries, to address root causes of deforestation, and to promote sustainable forest management.’ However, the draft regulation is conspicuously silent on measures to address the extremely important issue of living income for cocoa farmers as trumpeted by producers during the European Union’s Sustainable Cocoa Dialogue series with the former in 2021. “Nearly 75% of smallholder cocoa farmers in Ghana and Ivory Coast currently do not earn a living income. There is a need for a responsible transformation in the cocoa sector,” states a 2021 study by Wageningen University & Research. Fairtrade International corroborates this position in a paper which notes “even with a good harvest and strong sales, the majority of households won’t earn a living income, meaning they can’t afford decent housing, food, education for children, and other basic expenses.” A decent standard of living for West Africa’s cocoa farmers, much like every human being, is an inalienable human right, therefore the protracted refusal to pay cocoa farmers a just share of industry revenue for their produce is a blatant human right violation. Indeed, several studies (some commissioned by EU agencies) have established a clear correlation between woefully low farmer incomes as a root cause of the cardinal problems of the cocoa industry which symptoms manifest as child labour, deforestation and forest degradation.

We, therefore, call on the European Union to demonstrate a true commitment to addressing the root causes of the problem by championing reforms in the price-setting mechanism for cocoa to deliver just prices and a living income for cocoa farmers, especially in West Africa. With this, we believe the EU will have no cause to force new standards and layers upon layers of bureaucratic standards that do not meet local aspirations, serve no purpose, and only add to policies that come out as dead on arrival.

In conclusion, therefore, we recommend the EU and producer countries engage in an honest and transparent dialogue based on partnership to fashion out a holistic approach to addressing climate change and reverse the loss of biodiversity, deforestation and forest degradation. Such a partnership must be open, all-embracing, in a spirit of genuine cooperation, devoid of hostility, and demonstrate a sincere commitment to eliminating the root causes of the problem and not just the symptoms. 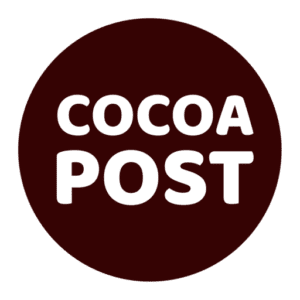