World Cocoa Order: How Is Ghana Leading The Charge To Decolonise The Cocoa Value Chain? 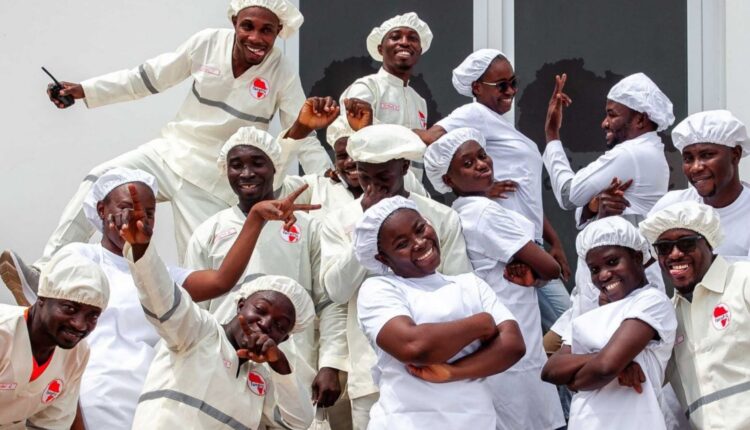 In 1585 Europe received the first official shipment of cocoa beans at the Spanish port of Seville from Mexico, launching the international cocoa trade.

Cocoa also referred to as Theobroma cacao (food of the gods) was consumed largely in the beverage form.

The invention of the chocolate bar would gradually shoot the demand for cocoa beans through the roof.

But as Europe cannot grow its own cocoa it had to rely on Equatorial South and Central America for raw material supply.

By the close of the 19th century, Africa and parts of Asia had also become Europe’s source of cocoa beans to feed its burgeoning industries.

The ensuing decades saw a renewed production drive in European colonies on the west coast of Africa including in the Gold Coast, now Ghana.

One of the earliest recorded export of cocoa beans from the Gold Coast was in 1893 by the Basel Mission.

Between 1911 – 1976 Ghana was the world’s leading producer and exporter of cocoa beans, contributing between 30-40% of the world’s total output.

Now, this phenomenon whereby nations in other parts of the world produced and shipped raw unprocessed cocoa beans to Europe, and now generally the Global North, effectively, in a nutshell, established what can be defined as the World Cocoa Order.

The World Cocoa Order, much like the European colonial economic architecture, basically condemned cocoa-producing colonies, in Africa and elsewhere, as mere sources of raw material, in this case, cocoa beans to feed European industries.

To put into proper perspective, the Order inherits from the objectives of the Rape of Africa, also referred to as the Partition or Scramble for Africa which was formalised and regulated after the Berlin Conference of 1884.

Secondly, according to the World Cocoa Order, the buyer will perpetually dictate or determine the price to pay cocoa producers and farmers for their produce, and they were and are not to have a say.

Thus, the colonial cocoa value chain designed by Europe (the colonial Master) delivered almost all the wealth and other economic opportunities to European brokers, exporters, processors and manufacturers much to the detriment of cocoa farmers and producing nations.

Europe’s dominance of the cocoa trade and the resultant outright exploitation of cocoa growers came to a head in the late 1930s.

The Gold Coast people attempted to resist the exploitative tentacles of the World Cocoa Order through boycotts, holdups and the burning of cocoa beans in protest.

But much as they tried, the biting effect of financial hardships eventually led to their failure to achieve fair prices for the commodity as they aspired to.

They would grudgingly settle for a regulatory framework by the British colonial administration, which set up the Cocoa Marketing Board at the centre, an arrangement that successfully entrenched the Order even in the absence of the Master.

Lastly, per the World Cocoa Order, cocoa producers were not and are not supposed to participate in the processing and value addition leg of the value chain.

Remember, their place in the scheme of the New Imperialism is just to concern themselves with growing cocoa and maintaining the required quality standards for Europe, and now the Global North.

This was enforced by the creation of stringent legal, commercial and regulatory frameworks and institutions at both ends of the cocoa trade.

Institutions like the Federation of Cocoa Commerce (FCC), and its antecedents the AFCC and CAL, still exists today to make it practically impossible for anyone to access cocoa beans for value addition without buying a place in their fold.

On the cocoa production side as well, there still exist colonial regulatory strings dating back to the 20th century maintaining a chokehold on the sector.

For example in Ghana, the Cocobod Law basically frowns on cocoa farmers utilising their own produce for value-added products as the law requires them to sell the beans to the regulator basically for export.

Even in accessing semi-finished processed cocoa products like cocoa liquor, butter or powder for value addition, Ghanaian entrepreneurs must buy at prevailing international market price and in addition pay levies and taxes like Import Duty and VAT which sum up to a cumulative 59.2%. Could there be a nicer way of saying stay off?

To put it mildly, the World Cocoa Order makes a clear clarion call: cocoa growers ought to concentrate on churning out the raw material and the raw material only, and be content with any form of compensation the ‘Master’ deems fit.

With this background, it helps explain why cocoa farmers, at least in the two leading producer nations Ghana and Cote d’Ivoire, are given to poverty with an average income of $1.00/day and $0.78/day, respectively.

Data abounds that of the over $130 billion dollars in revenue that accrue to the global cocoa-chocolate industry annually only 6.6% goes to farmers.

The question is can the status quo be changed or improved to deliver some form of equity to cocoa growers, who are also, by the way, human beings with the inalienable right to a life of dignity? It’s obviously not an easy yes or no answer.

But a voice calls in the African wilderness echoing the simmering undercurrent pushing for change, that is decolonization of the cocoa value chain, both at the top and the base. And the manifestation is all clear on the wall.

First, Ghana and Cote d’Ivoire teamed up to re-visit the “cocoa price conversation” of the 1930s and in 2019 got cocoa traders and chocolate manufacturers to agree to the Living Income Differential (LID), a price mechanism that pays cocoa farmers an extra $400-per tonne for their produce.

The amount which translates to $25 per bag of cocoa beans is paid directly to the cocoa farmer to tackle extreme poverty, as explained by Ghana Cocoa Board and the Ivorian Conseil du Café Cacao.

But, as to be expected, the intervention has faced strong resistance from the beneficiaries of the World Cocoa Order, some of whom have gone to the extent of attempting to circumvent current trade channels.

Secondly, the President of Ghana, Nana Akufo-Addo, amplified the aspirations of the Ghanaian people in his now viral March 2020 speech in Switzerland where he declared that his country no longer wants to be dependent on the production and export of raw materials, including cocoa.

The rationale for this position he noted was “because we believe there can be no future prosperity for the Ghanaian people, in the short, medium or long term, if we continue to maintain economic structures that are dependent on the production and export of raw materials.”

Cocobod, the overlord of the cocoa sector followed up with a call for private investments into the processing sector.

To finally hit the nail right on its head is what industry watchers expect will be Cocobod’s boldness to lead the charge by tweaking its operating law to align the rhetoric with the new direction to hopefully deliver more jobs and wealth-creating opportunities in the cocoa value chain for Ghanaians.

It’s worthy to note that predating President Akufo-Addo’s bold statement was the gradual emergence of a new cocoa processing and value addition industry by change-hungry Ghanaian entrepreneurs and business people.

A former Wall Street investment banker, Edmund Poku, lit the fire in 2007 with the establishment of Niche Cocoa Industry, for semi-finished products, and later Niche Confectionery, which manufactures finished cocoa products like chocolate for the domestic and export markets.

Despite the obvious unfavourable conditions these Ghanaian entrepreneurs are swimming against the tide and firmly clinging to a ray of hope that change would soon pop up on the horizon.

The last development I would mention as part of the simmering undercurrent for change in the global cocoa space is the first European chocolate manufacturing company to be sited close to cocoa growers on Ghanaian soil – fairafric Ghana Limited.

This German-Ghanaian social enterprise does not only represent the semblance of a paradigm shift but practically turns the World Cocoa Order on its head.

While conventional or Fairtrade-labelled chocolates are produced in the Global North or consuming countries, fairafric does the opposite and beyond that located its factory in the rural cocoa-growing community of Amanase, near Suhum.

Fairafric seems to get everything right: the company says its chocolate contains 100% organic ingredients wrapped in environmentally-friendly packaging and produced from a solar-powered factory.

“Every single chocolate bar can make a difference. Chocolate fully Made in Ghana brings five times the income to Ghana compared to conventional chocolate, that is produced in consuming countries,” says Hendrik Reimers, fairafric’s Founder.

More importantly, this multi-million-Euro project managed by a young Ghanaian, Michael Marmon-Halm, disproves the widely held fallacy that quality chocolates cannot be made in Africa.

As young as fairafric Ghana Limited is it has already opened a chocolate academy where it is equipping Ghanaian youth with the high-paying skill of chocolate-making for Ghana and the continent.

The skill transfer agenda ties in perfectly with the company’s goal for the next 10 years.

“Our vision is to create 10,000 skilled, well-paid and sustainable jobs in Africa. Not a small goal, but we can do it,” fairafric posted to its LinkedIn page.

“Our story should inspire. Africa deserves a chance. We will continue to use our story to change the narrative on unspoken areas such as opportunity creation, protecting the environment, and practising truly fair conditions,” Michael Marmon-Halm, Managing Director, fairafric Ghana Limited told Cocoa Post.

At this point, it is conspicuously clear that the winds of change are gathering once again on the land of the Black Star, and it is only a matter of time till the harmattan descends.

Where do you stand: with or against its course?