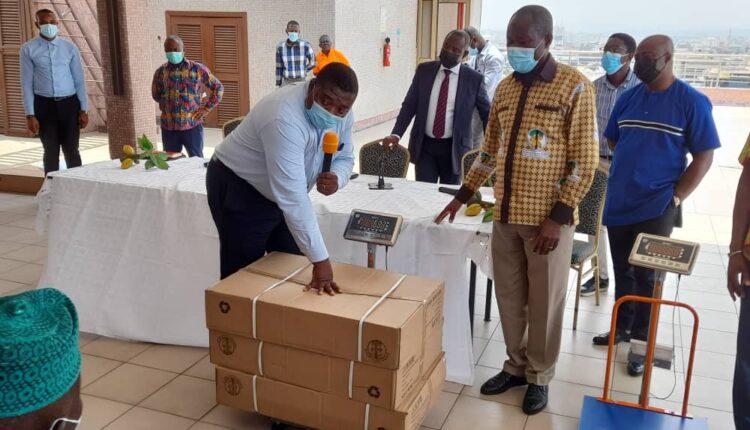 Ghana Cocoa Board (COCOBOD) has procured 40,000 units of password-protected electronic weighing scales ahead of the commencement of the 2021/22 crop season in October.

The scales are to be distributed to all Licensed Buying Companies (LBCs) for the purchase of cocoa beans from farmers.

This crucial intervention by the cocoa regulator is aimed at protecting the incomes of cocoa farmers.

Unscrupulous purchasing clerks (PC) working with some of the LBCs were said to have adjusted the old analogue scales to rip farmers of their toil.

“We tasked GSA to do some special survey for us and the results were frightening, so we engaged the LBCs about the issue and subsequently concluded on the use of electronic scales for cocoa sales to protect our cocoa farmers,” he recalled.

The revelation triggered a directive last year by the Board ordering the adoption of electronic weighing scales by all LBCs.

At a ceremony in Accra to outdoor the devices, COCOBOD Chief Executive, Joseph Boahen Aidoo, was positive the intervention marked a significant paradigm shift.

He said the GSA has approved the new electronic weighing scales as meeting recommended specifications. 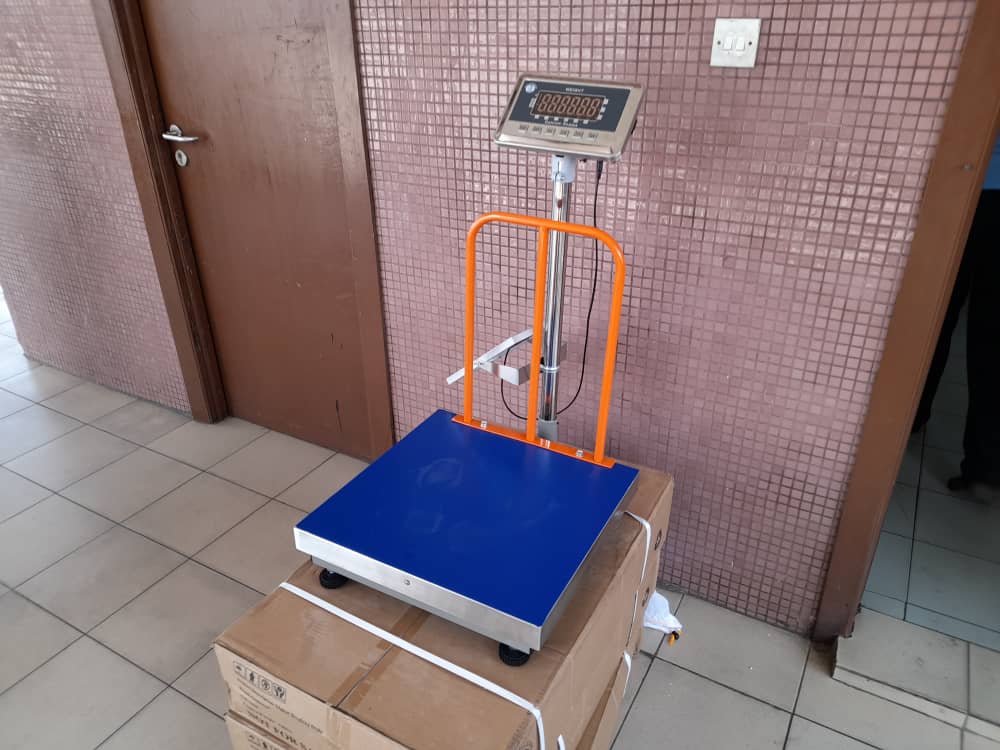 “This new scale operates on electricity and also on solar power so it is dual-purposed and can be used everywhere in Ghana with ease. GSA has verified every detail about them so they have universal features. If you try to adjust it, you do it at your own risk and extra cost of replacement, so it cannot be tampered with,” Mr Aidoo assured.

The COCOBOD boss said a critical feature of the equipment, supplied by Kiteko Ghana Limited, is the password protected security seal that will be activated by the GSA after successfully calibrating all 40,000 units.

According to a representative of the suppliers, Anthony Kuntu-Blankson, the solar-powered electronic weighing scale when calibrated is designed to beep when the load does not meet or is above the set limit.

He explained this makes it impossible for the PC to cheat the farmer or vice versa.

The Eastern Regional Chief cocoa farmer, Nana Obeng Akrofi, expressed his excitement with the equipment and lauded Ghana Cocoa Board for the bold initiative.

Nana Akrofi, however, advised authorities to ensure strict protection of the device password from getting into the wrong hands.

Other cocoa farmers present at the ceremony agreed that such technological interventions were necessary to ensure that poor cocoa farmers are not shortchanged by some greedy purchasing clerks.

The National President of the Cocoa Coffee and Shea nut Farmers Association (COCOSHE) Alhaji Alhassan Bukari, speaking on behalf of all cocoa farmers commended the management of COCOBOD for the timely intervention to avert further losses to farmers, who are already the least compensated in the value chain.

He also hailed the Board’s efforts at securing the Living Income Differential (LID) and the productivity enhancement programme which together have resulted in increased yield.

The president of the Licensed Cocoa Buying Companies Association, Samuel Adimado, told Cocoa Post that, “there is now a mutual understanding between the farmers, the Purchasing Clerk, COCOBOD and the LBC, where we now have a scale that all stakeholders will accept.”

“And the scale is also sealed and passworded. So now whatever weight that will come out will bring peace,” Mr Adimado added.

This is expected to come as good news to civil society organisations like Send-Ghana, which has been at the forefront of the campaign to end systemic cheating at the point of sale.