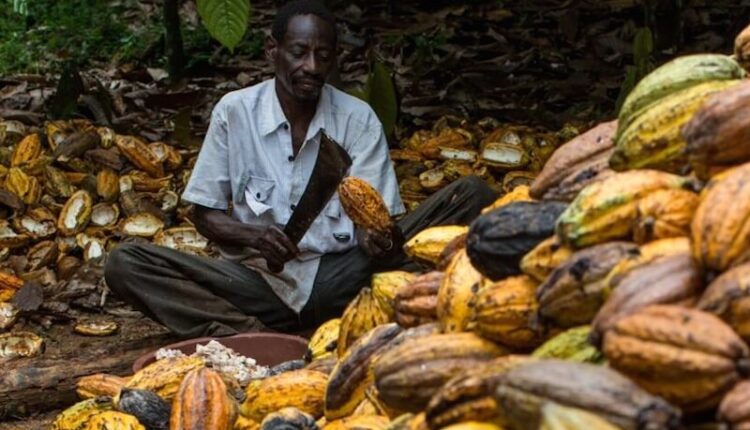 The Coalition for Cocoa Sector Reforms (CCSR) has called on the government through Ghana Cocoa Board (COCOBOD) to reconsider the 2022/23 farmgate price announced to avoid negative implications the new GH¢800 per bag of cocoa beans will have.

It said farmers over the last two decades were always assured of over $100 out of the world market price for each bag of cocoa sold through the FOB pricing mechanism used in setting the price for the commodity.

Therefore, the Coalition described as unfortunate and surprising the less than $80 (GH¢800) that the government awarded to farmers this year for a bag of cocoa

The group said this is rather a decrease in producer price than an increase hence COCOBOD must come again adding that in these times of increasing inflation, prices of inputs, fuel and economic hardship, this treatment to hardworking cocoa farmers must change.

A statement jointly signed by Mr Ayisi Kumah Thomas Kwesi (President) and Mr Hedidor Alexander Yaw (Secretary) of the coalition respectively said the producer price announced by the Minister of Food and Agriculture was not only low but demotivating and should therefore be reviewed.

It said the analysis carried out by the Coalition showed that further reduction of Cocoa price was a disincentive to cocoa farmers and would lower productivity, given the fact that both the cost of living and cost of production had increased astronomically in Ghana, owing to inflation and rapid depreciation of the Cedi against the Dollar.

It said hopes of cocoa farmers will be shattered by the new price especially when neighbouring Ivory Coast had maintained a relatively stable currency and economy.

“It is clear and beyond all doubts that with this lowering of cocoa prices (dollar terms), Government and COCOBOD will render Cocoa farming unattractive to the youth by worsening the economic plight of cocoa farmers.

“Cocoa farmers are already impoverished and overwhelmed by our current economic situation and to further reducing the price of Cocoa will worsen their plight.

“This is an industry that has supported this country for over 30 years with revenue from exports, but there seems to be a clear lack of foresight or an ill-will in the management and sustenance of the sector by its current managers –COCOBOD,” it added.

The statement said the decision of reducing cocoa price (in dollar terms) came in the midst of reports of cocoa farmers selling their arable land to illegal mining operatives (Galamsey).

The statement said about 19,000 acres of cocoa lands were lost to galamsey activities last year and it would not be surprising that the figure would be tripled in the ensuing year, while cocoa beans would be further smuggled along the border towns, with farms receiving little or no investments.

“We believe that any government interested in discouraging smuggling, fighting against galamsey, increasing annual cocoa volumes, and improving the lives of its gallant cocoa farmers should rather increase prices to discourage negative tendencies and sustain the economy.

“Before the dust could settle on the topic of this Cocoa price reduction, BOG came with a hike in the monetary policy rate to tighten the economy”.

“This came after drawing down on the $1.13bn syndicated cocoa loan to be used to shore up its Forex reserves and stabilize our currency. The hike in the monetary policy rate will directly or indirectly increase lending rates and the cost of goods and services including the cost of cocoa inputs.

Closure of shops in Kumasi and the intentions of GUTA to also close shops in Accra is evident of an expected increased cost of living which farmers cannot escape”.

It said the once revered cocoa industry that had pillared the country for over three decades and hitherto provided dignified living conditions to its farmers, purchasing clerks, and District

Managers of Licensed Buying companies (LBCs), Depot Keepers, and Port Officers are suffering an imminent collapse if good measures were not taken.

“In this period of rising youth unemployment, it will be sad to witness the collapse of another vibrant sector of our economy and we, therefore, call on all stakeholders in the supply chain to throw their weight behind CCSR GH to compel government and COCOBOD to review the price or come out with a bonus package.

“Though the significant depreciation of the cedi has been a major contributory factor to the degrading economic fundamentals, the dichotomy is that increased exchange differential gives the government room to relieve cocoa farmers with a higher producer price for the season. The voices of Cocoa farmers must be heard for if there’s No cocoa, there will not be COCOBOD.

It is feared that the price gap between Ghana and Ivory Coast will lead to smuggling into Ivory Coast this 2022/203 cocoa season as Ghanaian farmers are expected to take advantage of higher prices in the neighbouring country.

The price of cocoa in Ivory Coast is higher than that of Ghana fueling speculation of possibly smuggling of the commodity by Ghanaian farmers.

The sharp depreciation of the cedi this year is said to be the reason the price per bag is higher in Ivory Coast despite that country raising the farmgate price by just nine per cent compared to the 21% increase by Ghana.

The Ghana cedi plunged nearly 40% versus the dollar since the beginning of the year.

Ivory Coast was the first to raise its cocoa producer price per bag by nine per cent from 825 CFA franc to 900 CFA franc.

The cedi equivalent of the 900 CFA franc per bag of cocoa weighing 64-kilogramme gross is GH₵850.

The CFA franc is the common currency of the 14 African countries belonging to the Franc Zone.

The increase represents 89.99% of FoB price

The producer price represents 89.99% of the net Free on Board (FOB) value.

People have been illegally transporting, or smuggling, cocoa beans between Ivory Coast and neighbouring Ghana for many years.

As long as buyers in Ivory Coast will pay more for Ghana’s higher-quality beans, the smuggling is likely to continue.

Cocoa smuggling between Ghana and Ivory Coast is quite common, with its direction shifting back and forth depending on the price difference between the two countries.

Economic woes have hurt farmers, who say basic operational costs, including the price of farm inputs such as fertilizer, and chemicals have risen sharply some as high as 300%.

Under Ghanaian law, farmers are only allowed to sell their beans to purchasing clerks who act as intermediaries between them and Ghana Cocoa Board (COCOBOD).

Ivory Coast and Ghana teamed up and agreed to sell cocoa with a living income premium of $400 a tonne added to the price, in a bid to reform the way global cocoa is priced.

Forward sale of 80% of cocoa beans

Ghana and Ivory Coast, which account for about 60% of global cocoa output, typically sell about 80% of the main harvest before the beginning of every season, a system which allows it to lock in prices and set the minimum pay for farmers.

The country operates a two-cycle cocoa season, consisting of the main crop, which is mainly exported to Europe at a premium, and a light crop harvest, which is discounted by around 20% to local grinders.

Over 2m small-scale farms in both countries

Over two million small-scale farms in Ivory Coast and Ghana produce nearly 60% of the world’s supply of cocoa.

While the two countries contributed to more than 60% of the world’s cocoa output, their total earning from the sale of cocoa beans amounted to a paltry $5.75 billion whereas the chocolate market was worth some $100 billion in that same year.

It means that the farmers whose toil and sweat produced 60% plus of the world’s cocoa earned 5.75% of the global value of their activity.

According to the World Bank, Ivory Coast and Ghana have a combined gross domestic product (GDP) of $69.3 billion, a figure dwarfed by Nestlé’s $90 billion in annual sales or a market cap of around $250 billion. 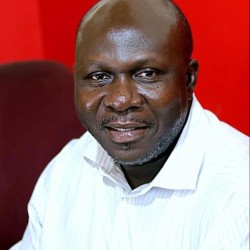