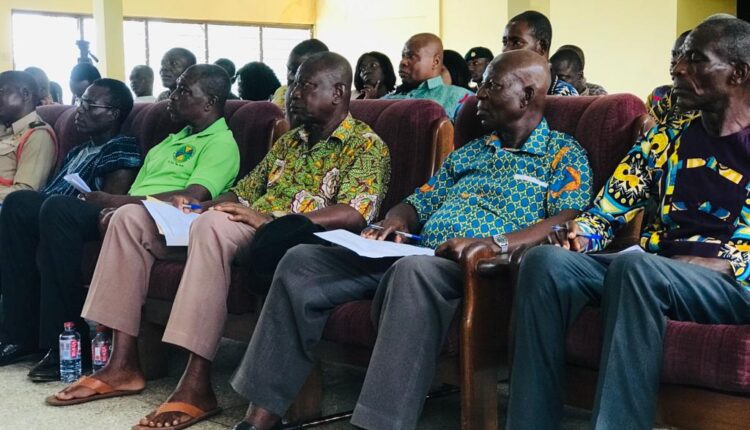 Some cocoa farmers in the Volta Region have expressed gratitude to the Government and the Management of Ghana Cocoa Board for increasing the farmgate price of cocoa for the 2022/23 crop year.

In reaction to the announcement, Nana Kwame Abass, the Volta and Oti Regional Chief Farmer at a stakeholder meeting held at Hohoe indicated farmers in the region are satisfied with the new price.

“We were saying they should give us GH¢100 in addition to the old price, but instead they added GH¢140. We say thank you to Government, the President and COCOBOD”, he said.

The Chief Farmer expressed optimism that things would improve in the current season as a result of the increment which has far exceeded the expectations of farmers in the country.

Hon Dr. Owusu Afriyie Akoto, Minister for Food and Agriculture, on Tuesday 4th October 2022 announced an increase in producer price for cocoa from Ghc660 to Ghc800 per bag of 64kg.

The new price, which represents a 21% increase from the previous year’s price, took effect on Friday 7th October 2022.

According to Nana Abass, although some factions of the society are agitating and influencing farmers to kick against the new price, cocoa farmers in that region are more than pleased and believe that the new price will go a long way to motivate them to give off their best.

He further advised his colleagues to avoid smuggling cocoa beans and other farming inputs to neighbouring countries and described persons involved in cocoa smuggling as unpatriotic.

The head of COCOBOD security in the Volta Region, Mr Wisdom Dalali Amexame, used the meeting to address some misconceptions made about farmers in the region to the effect that the increase will not deter them from conniving with persons involved in cocoa smuggling.

According to him, the Ghc800 per bag of 64kg given by the government for the current crop year is a fair deal which must be welcomed by all.

He said the impression formed about cocoa farmers in the Volta which alleges their complicity in cocoa smuggling is unfounded and must be disregarded by all well-meaning Ghanaians.

“Some people from other regions actually use the Region as a transit point for smuggling and not our farmers themselves”, he added.

Mr Delali again advised farmers to desist from comparing Ghana’s cocoa price with those of other producing countries, describing what pertains in the country’s system of regulating the industry as extremely different from what happens elsewhere.

“Ghanaian farmers are, in addition to the producer price, supported with laudable interventions such as Pests and diseases control, rehabilitation of cocoa farms, free distribution of seedlings, subsidized fertilizer supply, free extension services, artificial hand pollination, among other efforts which are aimed at increasing yield and improving the livelihood of cocoa farmers, their families and communities”, he indicated.

Representatives of heads of various state security and other para-security units called on the farmers to keep their cocoa within the corridors of Ghana since any attempt to smuggle the beans outside the country would not be countenanced.

They hinted at a more enhanced security arrangement to curtail the smuggling of cocoa to neighbouring Togo. 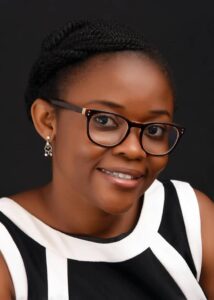 Abigail Ahorgba
Abigail Ahorgba is a Senior Administrative Officer at COCOBOD. She loves to write on general issues affecting society.
She is also an Associate Member of the Institute of Public Relations, Ghana (IPR)