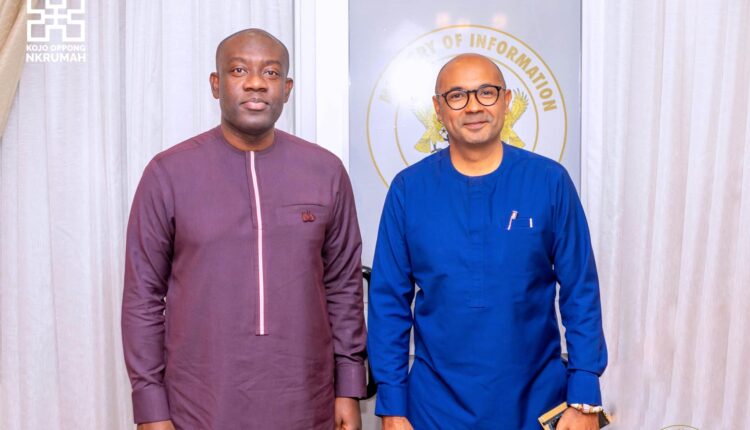 The European Union (EU) Office in Ghana has denied claims that it intended to ban Ghana cocoa from accessing its market, which accounts for 80% of cocoa export from the world’s second-largest producer.

Last week, there was widespread reportage in the Ghanaian media on the subject following a Facebook post by the West African country’s Information Minister, Kojo Oppong-Nkrumah.

“In Europe, there is a new legislation that could soon make Ghanaian cocoa and coffee unexportable to many international markets,” stated the Information Minister.

He added that earlier that week in Brussels, “I had the privilege to chair a 2-day forum on ‘the future of Ghanaian cocoa and coffee value chains in the face of this new EU legislation.'”

Oppong-Nkrumah however assured Ghana’s Embassy in Belgium “has also commenced work on realigning Ghanaian and European interests in cocoa and coffee.”

“Ghana and Côte d’Ivoire need to act quickly to secure the industry while meeting the interests of European markets else millions of households and our entire economies could be significantly affected soon,” he warned.

Reacting in a tweet, The European Union Ambassador to Ghana, Irchad Razaarly, downplayed the assertions, explaining the EU’s upcoming legislation “would be used as an opportunity to improve the quality of cocoa from Ghana and Côte d’Ivoire.”

There is no EU ban on Ghanaian cocoa. On the contrary, we want more. The EU regulation would be used as an opportunity to improve the quality of cocoa from Ghana and Côte d'Ivoire. And we are helping these two countries to meet sustainability expectations. @konkrumah @moigovgh https://t.co/ktNcgvOQNa pic.twitter.com/RenYdHMl6t

Later in a speech read for him by the Director at the EU Office in Ghana, Celine Madsen Prud’homme at the Dutch Embassy-organised Orange Cocoa Day, he dismissed any intentions to ban cocoa beans from Ghana.

“As my ambassador said earlier, there will be no ban. All countries considered high risk will be able to continue selling their products in the EU market provided producers can demonstrate that products are legal and free from deforestation” NorvanReports quoted Prud’homme.

“There is no ban on Ghana’s cocoa. On the contrary, we want more of Ghana’s cocoa, and we are in support of Ghana and Côte d’Ivoire amongst all of the producers who meet these requirements,” she emphasised.

The European Commission in November 2021 tabled a proposed legislation before the Union parliament that will enforce regulation on certain imported products on its market.

The proposed legislation has since sparked concerns by governments, some EU lawmakers, Civil Society, corporates and cocoa farmers.

Meanwhile, the EU Ambassador in Ghana, Irchad Razaarly, on Thursday 6 October 2022, paid a courtesy call to Information Minister Kojo Oppong-Nkrumah in an effort to clarify matters.

“Ghana and the EU will continue to align on what is in the mutual interest of our people,” another Facebook post by Kojo Oppong-Nkrumah, the Ghanaian Information Minister, partly read.

Niche Chocolate, Cocoa Life And Others For GCA Hall of Fame